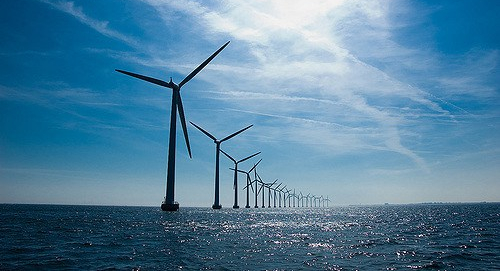 COMMENTARY: PROPOSED ICEBREAKER WIND PROJECT NOT WHAT IT SEEMS

COMMENTARY
PROPOSED ICEBREAKER WIND PROJECT NOT WHAT IT SEEMS

It is hard to know where to start dissecting the slick spin-doctoring recently published in The Blade’s Op-Ed pages by LEEDCo, the Lake Erie Energy Development Corp., which wants to erect North America’s first freshwater offshore wind-turbines in central Lake Erie off Cleveland.

So-doing would reach far beyond the scope of a newspaper “op-ed.” Beth Nagusky, LEEDCo’s director of sustainable development, is a master at cherrypicking and parading obscure statements as a fait-accompli. Her contentions about the goodness of the proposed six-unit Icebreaker Wind power-generation project, some seven miles offshore, lie between premature and erroneous.

They are a masterful act of dissembling, distraction, distortion, and deception. Perhaps “MisLEEDCo” would more appropriate.

Ms. Nagusky has posited that Icebreaker’s towering turbines would kill few birds and bats, a claim that simply does not hold up under scrutiny. This is shown clearly for anyone who assesses it thoughtfully.

LEEDCo is betting on the glitter of such buzz-words as “economic impact, jobs, and clean energy” to substantiate its stance that somehow the pre-construction research on Icebreaker’s impact is all said and done and we can gleefully ride off into a lovely green-energy future. Wrong.

It claims that the U.S. Fish and Wildlife Service has declared the project a low risk to birds and bats. Wrong again. The Service ruled that the project only posed a low risk to a few particular endangered species. It rejected the initial Icebreaker environmental assessment (EA), citing several insufficiencies in regard to birds and bats. The final EA has yet to be filed. No one, including LEEDCo, has seen it yet.

Among other unsettled issues, the required technology to monitor post-construction bird and bat mortality simply does not exist. And additional studies, including meaningful radar studies of migrations through the turbine zone, should be mandatory.

In its sugarcoating, LEEDCo ignores saying that the initial six units are just the tip of the iceberg. If the Ohio Power Siting Board and related agencies give the green light, this project opens a Pandora’s Box to hundreds or thousands more turbines on Lake Erie and the other Great Lakes. Any negative impacts would be magnified by orders of magnitude.

The state of New York has issued a moratorium on offshore wind for just such considerations, as has the province of Ontario, which alone has put 1,250 proposed offshore Erie wind turbines “on hold” while it assesses Icebreaker deliberations. Do you think that the giant Fred Olsen Renewables, of Oslo, Norway, would bother with building just six units here? The big money lies in hundreds. A proposed “buildout” after Icebreaker may run to 1,600 turbines.

So this really is not just six little old turbines and a few dead birds and bats. The migratory pathway and wintering grounds of millions of birds, and migratory bats as well, lie in the paths of a potential phalanx of towering 500-foot rotors. Out of sight, out of mind, is no justification.

LEEDCo is counting on the public not bothering with facts. Ms. Nagusky singled out Black Swamp Bird Observatory (BSBO) for its criticism of poor, incomplete science that LEEDCo’s hired-gun consultants have proffered about unknown and likely devastating impacts of arrays of offshore turbines. This in the heart of what the National Audubon Society and BirdLife International has declared a Globally Important Bird Area.

The Ohio Power Siting Board staff has attached a daunting list of conditions to its preliminary analysis. Last October, contrary to LEEDCo pretentions, the USF&WS argued that a still-unapproved environmental assessment is insufficient. Instead a more serious, detailed, environmental impact statement should be drawn. Yet LEEDCo proselytizes incorrectly that a waffling preliminary assessment means that Icebreaker is clean and green.

BSBO’s analysis has been dogged over many months. Its conservation committee includes a professional engineer, an environmental law attorney, and no less than three lifetime professional wildlife and fisheries biologists. Contentions down Cleveland-way that the anti-LEEDCo campaign is an animal of the beleaguered coal industry is just another distraction. The project needs to stand on its own scientific merits, not smoke-and-mirrors.

As a long-time volunteer with the organization, I know that BSBO is not, and never has been, opposed to wind power, as accused by LEEDCo. It is opposed to poorly studied and improperly cited projects, anywhere, which would contribute significantly to further destruction of diminishing wildlife resources everywhere — including birds and bats.

This project should be stayed unless or until it can assure minimal wildlife impacts based on the most rigorous science. The public should thoughtfully educate itself on the project before forming opinion. Icebreaker is the first small wave in a floodtide. Read the record, not just a “windustry” spin-doctor’s selective fantasizing.

Steve Pollick is the retired Outdoors Editor of The Blade and is a member of the BSBO Conservation Committee.

Quote by Steven Cooper - 'These pulsation waves of air occur at a very low rate and activate the brain's sensory receptors. It has been suggested that the brain becomes confused, the brain thinks it receives noise, but there is no noise - just the pulsations".