WILDLIFE POPULATION DECLINES -Due to Industrialization of ridgelines.

Large scale habitat loss and disturbances as a consequence of industrial energy exploration and development, mining, timber extraction, and backcountry recreation have been demonstrated to contribute to wildlife population declines.

Described by conservation scientists as “death by a thousand cuts”, individual impacts may be regarded as minor. However, these disturbances are now recognized to be incremental and are collectively significant when measured over time and space.

In my opinion, it appears that the entire northeast is rushing into wind energy development without responsibly undertaking Cumulative Effects Assessment. While this science is certainly highly technical and requires long term research commitment and a much larger budget, we must insist on doing these projects properly, or not at all. 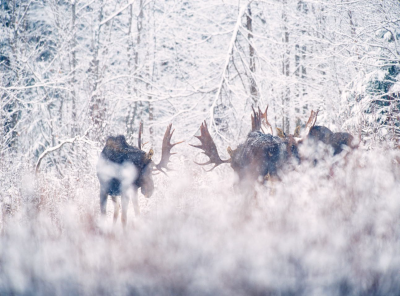 We have long known that moose typically seek shelter during winter months in the coniferous cover found in high elevation forests.

I consider the mountain ash the most important mast producing species found at high elevations. The abundant red fruit is an important food source for a wide variety of mammals and birds. During the winter months the bark is highly favored by the moose. 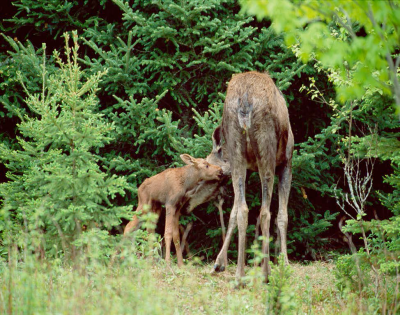 Cool wet seeps in the mountain habitat provide birthing areas for moose calves in spring. As the climate changes, these cooler altitudes will become increasingly important for moose seeking relief from warmer temperatures in both summer and winter.

Roads, and even trails that follow along power line corridors, introduce significant stress factors within the foraging, resting and denning habitats that sustain numerous species of animals.

via Impacts of industrial wind-development on wildlife and ridgeline habitat