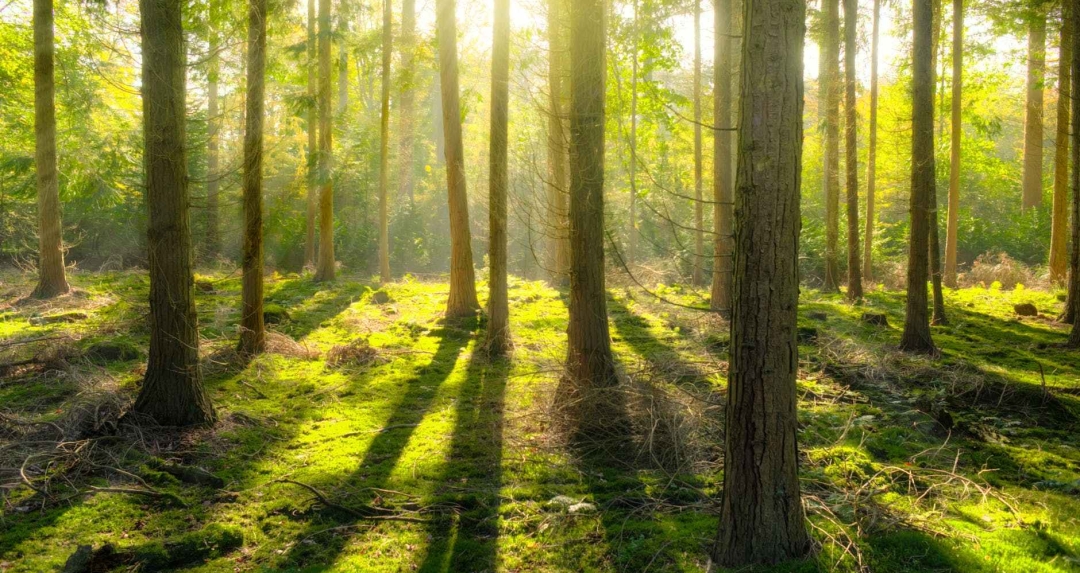 The Health Benefits of Trees

They prevent $7 billion in health costs every year by filtering air pollution—not to mention their psychological effects. Research says the closer you can live to trees, the better off you are.

John “Johnny Appleseed” Chapman stomped through the Midwestern winter snow with bare feet. His cloak was a lightly modified coffee sack with holes for his head and arms that—all of this according to a posthumous 1871 profile in Harper’s—he deemed “as good clothing as any man need wear.” He ate from buckets of pig slop, and when people welcomed Appleseed into their log homes, he would lie on the floor and deliver “news right fresh from heaven.” He claimed to have frequent conversations with angels, two of whom promised to marry him upon his death if he agreed to abstain from marriage during his Earthly existence, which he did manage.

But Appleseed was also wholly obsessed with planting trees for the benefit of future generations, so his legacy as an American folk hero is due.

It is becoming increasingly clear that trees help people live longer, healthier, happier lives—to the tune of $6.8 billion in averted health costs annually in the U.S., according to research published this week. And we’re only beginning to understand the nature and magnitude of their tree-benevolence.

In the current journal Environmental Pollution, forester Dave Nowak and colleagues found that trees prevented 850 human deaths and 670,000 cases of acute respiratory symptoms in 2010 alone. That was related to 17 tonnes of air pollution removed by trees and forests, which physically intercept particulate matter and absorb gasses through their leaves.

As you might recall from the June 1862 issue of The Atlantic Monthly, Henry David Thoreau wrote, “I cannot preserve my health and spirits unless I spend four hours a day at least—and it is commonly more than that—sauntering through the woods and over the hills and fields, absolutely free from all worldly engagements.”

Thoreau may have been less liberated than Appleseed, but that is still a lot of sauntering. It’s more time than most of us feel comfortable investing in sauntering. Luckily it’s also more than is necessary to benefit from the coddling of our wooden keepers, which are incessantly protecting us from disease by ameliorating the air pollution we heap onto them. I emailed lead researcher Nowak for comment on his new findings but received an out-of-the-office reply, perfectly.

The culmination of the research is the map below, delineating where trees are most protective. In general, the more trees are in an area, the more pollution those trees remove. But they also remove more pollution-per-tree in areas where population density is high, and the health value derived from pollution removal is highest in urban areas.

via The Health Benefits of Trees | The Atlantic July 2014