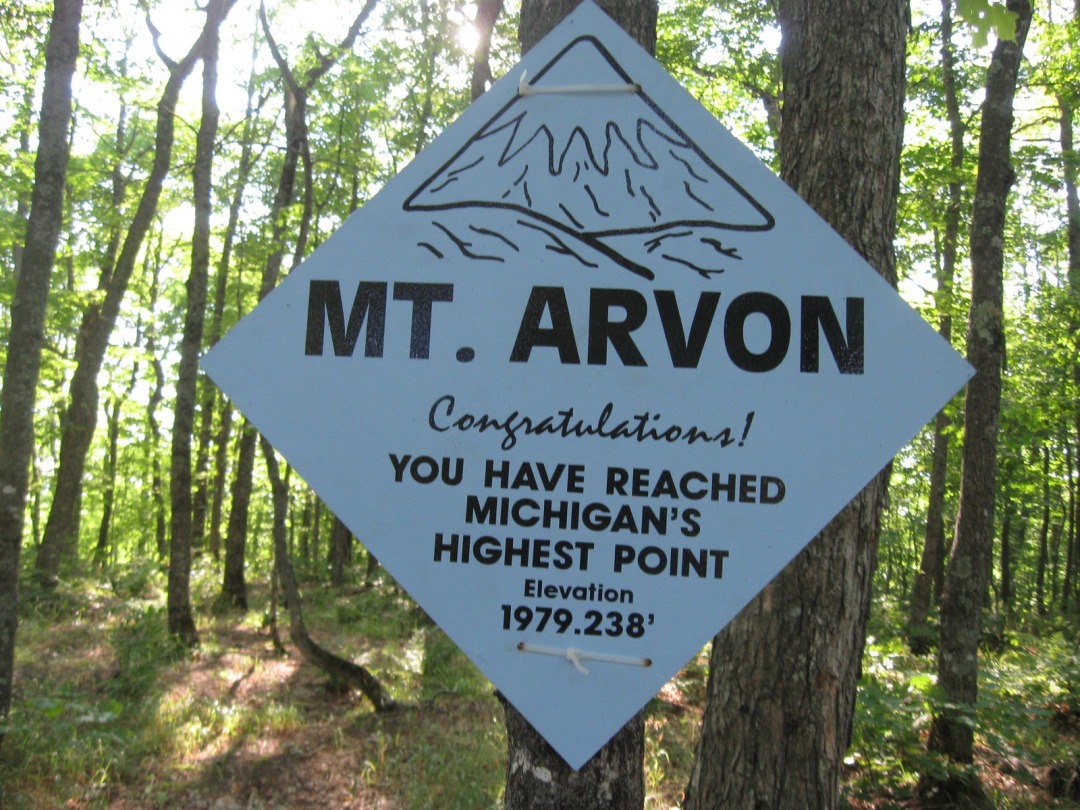 LANSING — You won’t find Mount Arvon listed in many Michigan tour books, despite the peak’s lofty status as the highest point in the state. And until a few decades ago, it wasn’t even recognized as Michigan’s top spot.

But these days, Mount Arvon in the western Upper Peninsula is getting more attention from tourists and the just plain curious willing to climb Michigan’s most prominent peak. It also is attracting a national convention of mountain climbers in 2019.
Tracey Barrett hikes to the summit nearly a dozen times a year.

Mount Arvon, which is in L’Anse Township, is a 27-mile drive east from the village of L’Anse, Barrett said, and “years ago, there was hardly a road” to the peak.

The road going up the mountain has been improved, she said, and a parking lot near the top was added in 2012. But the road is not plowed in the winter, which can come early in the U.P. So once the snow flies, only visitors on snowshoes or snowmobiles can reach the top, she said.

From the parking lot, it takes just a few minutes to hike to the top of Mount Arvon. Once there, visitors can sign a notebook to verify they reached the summit. 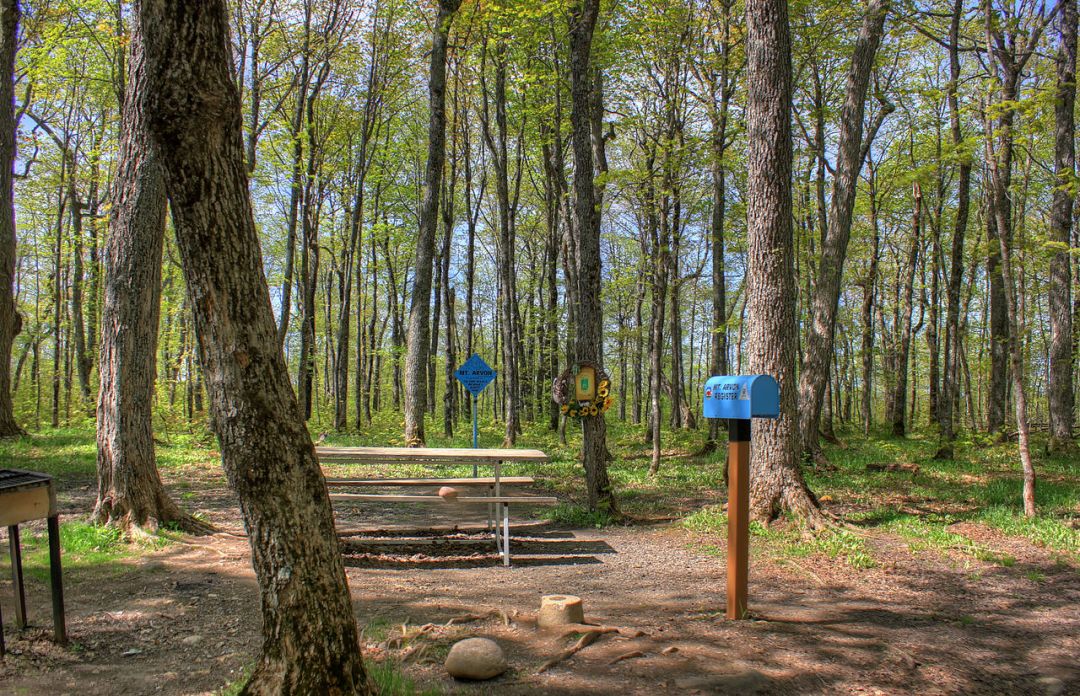 Back in L’Anse, people who have conquered Mount Arvon can pick up a certificate of achievement at the Baraga Visitors & Convention Bureau office, she said.

Barrett says her office also hands out magnets and stickers from the national Highpointers Club, a group that promotes climbing to the highest point in every state.

Each year, the club holds an annual convention in a different part of the country, said Tim Webb,the president of the Highpointers Club.

The club divided the country into four geographical regions and rotates its annual convention sites through those regions, Webb said.

Club members voted to gather near Mount Arvon in 2019, he said.

“The exact dates are not set for this convention yet. However the traditional timing for our conventions is the third weekend in July,” said Webb, who expects the gathering to draw 200 to 250 attendees.

This year, the Highpointerswww.highpointers.orgmet in Massachusetts. Next year, the group plans to gather in Arkansas.

Webb said he has climbed Mount Arvon twice, first in the summer of 1997. He returned in 2007, this time with his wife, son and daughter.

Some people who come to climb Mount Arvon stay at nearby campgrounds or a lodging facility in L’Anse or Baraga, Barrett said.

An increasing number of visitors to the Baraga Lakeside Inn are using it as their base camp for their climb to the top of the mountain, said Lori Thomas, who works at the front desk of the 68-room hotel on the shore of Lake Superior.

The visitors are from all over the country, including California, and many stay for a few days, said Thomas, who said she has climbed Mount Arvon several times.

Although the peak is open to the public, it is on private land owned by the Weyerhaeuser Co., with headquarters in the state of Washington, said Kristine Rice, the L’Anse Township’s treasurer.

There is no way to count exactly how many people climb Mount Arvon each year, said Tom Nemacheck, executive director of the Upper Peninsula Travel and Recreation Association in Iron Mountain.

“But traffic is definitely up. There’s a lot more people asking about going up there,” Nemacheck said.

He said he also is seeing more interest in another Michigan peak, the 1,400-foot Mount Zion near Ironwood.

From the top of Mount Zion, Nemacheck said, there is a “terrific view” that includes Lake Superior and the Black River valley, with its multiple waterfalls.

According to the state’s Pure Michigan website, Mount Arvon rises 1,979 feet above sea level and is part of the Huron Mountains range.

“When you reach the parking lot you are within 300 feet from the top,” the website says. “After you sign in at the register, to the north of the top there is a short walk to a panoramic view of Lake Superior.”

For many years, nearby Mount Curwood, named for author and Owosso native James Oliver Curwood, was considered the highest point in the state. But a new survey in 1982 determined that Mt. Arvon was taller — by 1 foot.