Skyscrapers, Towers, And Wind Turbines May Be Causing Thunder Snow 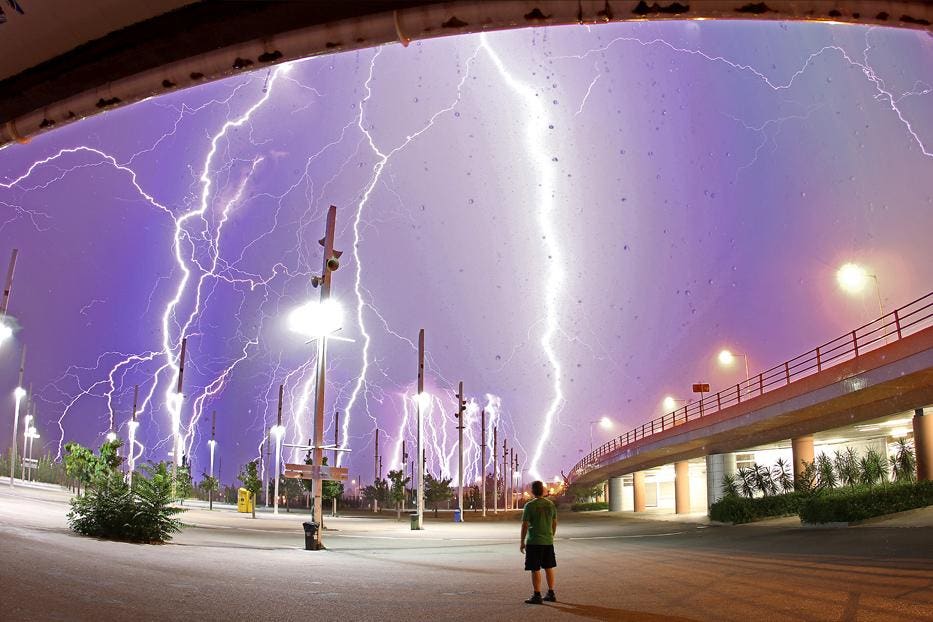 Christopher Schultz, a research meteorologist at NASA, and colleagues published a paper in the Journal of Geophysical Research: Atmospheres that used lightning detection systems in Oklahoma, Washington, D.C. and Alabama to examine 34 lightning flashes in thundersnow events. They found that 11 of the 34 flashes initiated from human made structures like communication towers and in at least 6 of the flashes, a return stroke came from the actual cloud back to the tower rather than from the initial leader.

Tom Warner and colleagues also published a study in the Journal of Geophysical Research-Atmospheres entitled, “Synoptic scale outbreak of self-initiating upward lightning from tall structures during the central U.S. blizzard of 1-2 February 2011.” They used the National Lightning Detection Network (NLDN) to examine 282 mostly negative polarity lightning flashes. Their study was a case of serendipity as the initial intent was to study lightning over Great Lakes waters and detect upper atmospheric electrical phenomena called sprites. This event produced very little lightning so they turned their attention to lightning and thunder in downtown Chicago. They found that more than 93% of the lightning in a snow band was related to self-initiated upward lightning from Chicago skyscrapers, wind turbines, and transmission line towers.
For something really cool, check out this Tweet of tower-induced lightning that Tom Warner tweeted this week. And now perhaps you have a better idea why it is a good idea to get “low” if you are stuck outside with a thunderstorm.